It’s a beautiful day out in the terrains; you’re taking in the magical views of the mountains from your chairlift and thinking what a good decision it was to go snowboarding today. You feel good and positive, but now it’s time to get off the chairlift. You stand up very confident, but you slip. Now you’ve caused chaos by stopping all the other lifts behind you and not forgetting the embarrassment you’re facing. To sum it up, this is why you need a snowboard stomp pad.

If you’re new to the slopes or a rider who has difficulty maintaining balance, a snowboard stomp pad is just what you need. Using a stomp pad is a personal choice, but most beginners and intermediate level riders swear by it. 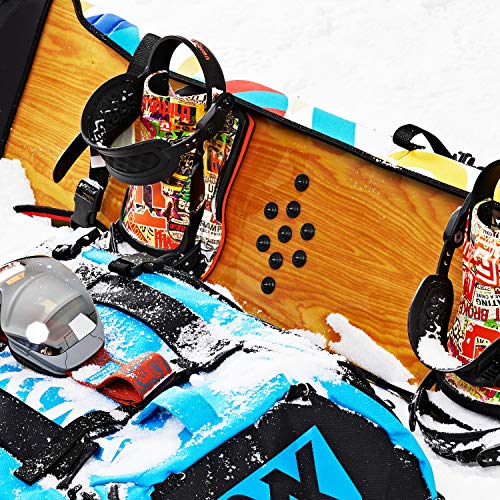 A snowboard stomp pad is a lifesaver. It’s the attachment snowboarders swear by in their initial days. It helps riders to keep a good command over their snowboard. It is necessary because it gets risky when getting off a chairlift. And when riders have one foot hanging away from the board. Stomp pads are also known as deck grip or traction pads.

They are usually in between the board or right next to the binding of the foot that you take out when you’re done. In most cases, riders don’t always clip the free foot into the binding while riding; instead, they use the stomp pad to get enough grip so that they can move from one place to another. It usually happens when there’s a short distance to cover.

Reasons to Use A Stomp Pad

There main reasons as to why one must use a snowboard stomp pad are:

Snowboard stomp pads are great when it comes to maintaining a balance. They help you to avoid skidding while riding. It is important to remember that whether you’re on a smooth top or around the foothill, you can’t move with both boots attached to the snowboard. So you’re going to have to detach one of your boot from the bindings to go from one place to another. Using a snowboard stomp pad will allow you to get a grip as you skate on the flat surface.

Snowboard stomp pad helps you in keeping control of your board when you’re getting off chair lifts. Your stomp pad comes in handy when you want to steer to the side of the trail as soon as you’ve gotten off the chair lift. The grip you get from the stomp pad will help you keep your boot in place while you get off the lift. Once you’ve successfully reached the side of the trail, you can strap your boot into your binding and hit the mountain.

Taking Out Snow from Your Boots

Most of the times, snow gets jammed into your boots. And it becomes difficult to get the snow out of your boots. A snowboard stomp pad will help you in scraping snow from the bottom of your boot. This way, you don’t have to take off your gloves. You can just scrape off snow from your boot, clip your boot into the binding and slide down the hill with confidence.

Snowboard stomp pads come in four types, all with advantages of their own.

The major benefit of a foam stomp pad is that you can cut and shape it according to your board. It’s easier and more customized over a metal or rubber stomp pad. Foam stomp pads are also cheaper in comparison to rubber pads.

A rubber pad is the most commonly used one as they are easy and work well. Since rubber is extremely flexible, the rubber stomp pad conforms to the movements of your snowboard effortlessly. A rubber stomp pad is a suitable alternative for riders who do many ricks and jumps on their board. It is known to endure intense activity.

You can use metal studs in place of a stomp pad. These are individual studs that you have to stick on your snowboard according to whatever design works for you. These are very helpful if you can’t seem to find a good stomp pad that does the job for you.

Skate rails in another good option if you cannot find a good stomp pad for your board. Unlike the stomp pads and the metal studs, you put two fine rails next to the bindings. They give you the same grip as your usual stomp pads.

The usual placement of a stomp pad is near the back binding. Riders prefer it to be in the front. But riders also place them according to their style and comfort. It can be placed at the midpoint of the board or near your secured boot. It all depends and varies from rider to rider.

Whether you need a snowboard stomp pad or not completely depends upon your preference. Snowboarders use it in their initial days of riding and swear by how relaxed it makes the whole snowboarding experience. Most riders use it daily because of the ease it provides. Snowboard stomp pads make it easier for you to have as much fun as possible without falling on a hill. In the end, you decide for yourself. 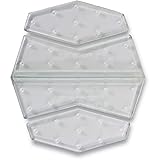