A couple of decades ago, most snowboards looked very similar, with the majority having a traditional cambered design. Profiles are now much more complicated, making basic knowledge of these is a must when deciding to shop for your first snowboard. With the rocker style known by several other names, including reverse camber, early rise, and dual camber, reading about it can get complicated if you’re new to snowboarding.

Fortunately, we’re going to break this down for you. In this article, we will discuss all things rocker, including answering the question, “What is a rocker snowboard?” We also compare it to other snowboard designs and discuss the pros and cons of the style. 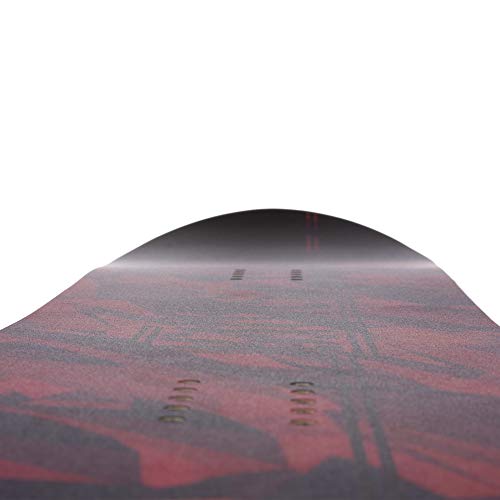 What is a Rocker Snowboard?

Essentially, the rocker consists of an overall convex U-shape. The exact angle and the point at which it starts varies depending on the brand. It’s sometimes referred to as a banana shape because of the curve starting from the center towards the tail and nose of the snowboard. Because of this design, rocker snowboards may be referred to as early rises or even mustaches.

Since the center of the snowboard is the only contact point, pivoting is much easier, and catching an edge is less likely. Rocker snowboards’ tips are also higher off the ground, making floating through powder easier. While this is one of the most basic snowboards you can buy, it’s also one of the most popular. Known for being versatile and forgiving, rocker snowboards are excellent for those who are just getting into the sport.

Despite being a pretty basic style, rocker snowboards are extremely popular. This is because of how versatile they are. They also boast several other advantages, including the ones we’ve mentioned below.

When snowboarding in soft snow (powder), a rocker snowboard can provide a definite advantage. Since rockers have a flat bottom and rising tips and tails, they allow users to stay on top of soft snow. A rocker shape allows individuals to ride on top of the snow (float) instead of through it and thus, reduces resistance. You don’t lose speed while riding powder as you may with other snowboard profiles.

Rocker snowboards are widely known for being beginner-friendly because of minimal edge contact. Because of this, those new to the sport often start learning on rockers instead of cambers. Controlling your balance when snowboarding is easier on rockers because they eliminate the main reason many individuals fall: their edges catching.

Rockers have less edge contact with snow because of their U-shaped design. This allows for greater maneuverability and makes turning easier. Rail riders and jibbers love rocker snowboards for this very reason.

Those who love riding the park know the importance of rocker snowboards. Less edge makes spinning much easier. For park riders, rocker skateboards are more flexible to use, especially on rails and other features. Because rocker snowboards aren’t as catchy, snowboarders can start their spins early and nail their landings.

Rocker snowboards are a lot easier to press than cambered snowboards. If you want to learn flat-ground tricks, a rocker will get you there.

All profiles have their disadvantages, and rockers are no different. While they’re excellent for maneuverability and have a looser feel, rocker snowboards have their drawbacks as well.

Rocker snowboards may be great in deep powder and allow for a looser ride, but they aren’t built for speed. If you’re looking to go fast, a cambered option could be more suitable.

Less edge contact may have its advantages, but it also results in less stability. Edges are necessary for control since they’re what snowboarders use to dig into the snow to slow down or turn. Without this edge, controlling your speed becomes much harder, and you’re less stable. Whenever you gain speed or land, you’ll end up feeling shaky.

Because of the lack of edge, carving becomes nearly impossible on rocker snowboards. This isn’t limited to beginners – even advanced snowboarders agree with this.

Should You Choose a Rocker Snowboard?

Rocker snowboards have numerous advantages, but they’re not right for everyone. In fact, choosing a snowboard profile isn’t as simple as just checking out one option. In addition to thorough research on other snowboard profiles like camber, flat, and hybrid models, one should take factors like terrain into account. While rocker snowboards are great for riding powder, they’re not right for icy conditions on groomed slopes, where edge control becomes extremely important.

That being said, rocker snowboards can work in a variety of situations. Whether you’re a beginner or an experienced rider, riding powder or in the mountains, rockers are extremely versatile and can be integrated into almost everything. Hopefully, this article has not only answered “What is a rocker snowboard?” but has also helped you become more familiar with snowboarding profiles as a whole. 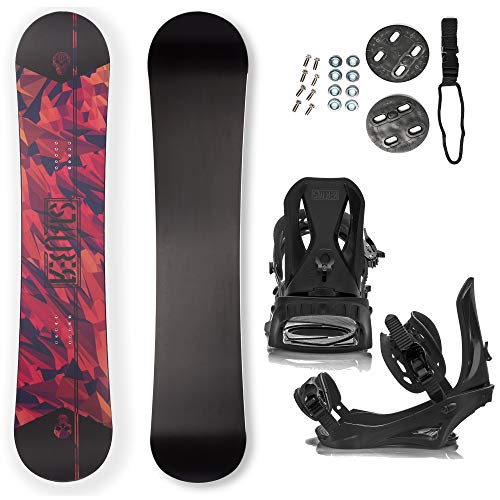