Speed is a major factor of thrill and excitement in winter sports. Snowboarding at full speed gives you an adrenalin rush and a sense of freedom you’ve never experienced before. However, if you don’t learn how to control your speed or slow down when needed, it can become a serious problem.

Speed, if not controlled timely, can be a recipe for disaster. Almost every other skill and technique you wish to learn is only possible if you can master controlling your speed and slowing down at the right moment. If you’re new at this, it will take you more than a few attempts and some slight crashes before you get the hang of it.

Here, we bring you some key ways on how to stop on a snowboard. 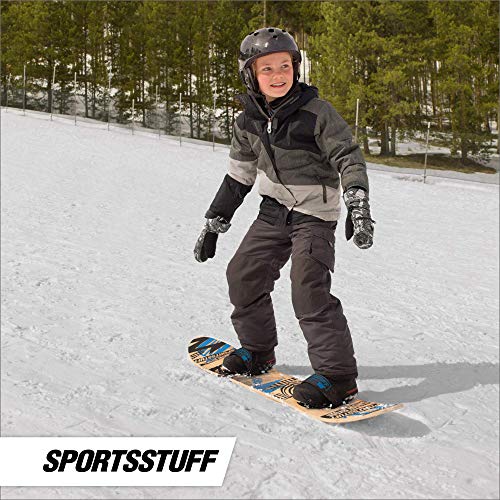 How to Stop on a Snowboard

Everything requires to slow down or stop at some point, and so does a snowboard. Take, for example, a bike when riding a bike; if you don’t know how to stop or slow down, it’s probably not the best idea for you to ride it. It’s dangerous and will most certainly lead to an accident.

This basic skill needs to be learned to prevent others and yourself from getting hurt. Your speed constantly changes while riding a snowboard, and this is why you need speed control. To cut it short, to become a good snowboarder. You need to learn how to slow down first.

Techniques to Slow Down or Stop

Nothing will ruin your day more than not knowing how to stop or slow down your snowboard and crashing into a tree or an obstacle. You should always start with the most common and basic techniques and then move onto the advanced ones. Here are a few to help you learn how to stop on a snowboard.

Your posture plays an important role in determining how good or bad of a snowboarding day you’ll have. Keep in mind that your basic stance should be proper and united to your snowboard. You should have a balanced weight on both your feet so that it helps you when you need to stop.

Just like we have breaks in cars and bikes, the edges of the snowboard are your breaks. They act as breaks because they help you to slow down or stop when necessary.

The metal strips around them help dig, scrape and bite into the snow, allowing you to create the needed friction that will adjust the speed of your snowboard. They are also needed when making turns.

So, get to know the edges of your snowboard, make them your best friends as they will help you reduce your speed.

Turning and carving is also a common and effective method of slowing down. Snowboarders of all levels use this method to control their speed. But to apply this technique while snowboarding you need, to learn how to turn and carve first.

The slide is an important skill that every beginner must learn. Also commonly used, the slide is very helpful in slowing you down as you slide vertical to downhill.

It doesn’t sound like something that requires much practice, but it does. Once you learn how to do the slide right, it’ll be easier for you to slow down and be in control in a difficult situation.

The hockey stop is the most instant and advanced method of slowing down. Also known as the speed stop or the gravity stop, this enables you to halt in a matter of seconds. The hockey stop technique requires skill, but it promises to stop you immediately to avoid serious crashes or dangers.

What this hockey stop does is that it’s a mix of a turn and a slide stop. First, you go into a turn; then, instead of heading somewhat downhill, you dig your uphill edge to maintain speed. If you want to grip the impact, you have to bend your hips and knees slightly. Be sure to point the tip of your board a little towards uphill when making this turn so that gravity can help you with the stop.

It is crucial to note that all these techniques should be practiced on less steep terrains before you can attempt them on advanced-level terrains.

You can’t explore or enjoy the sport if you don’t learn how to stop on a snowboard or slow down, for that matter. It is an absolute must for any snowboarder who wishes to become a pro or just have a good and safe time on the slopes.

Once you learn how to control your speed on a snowboard effectively, you’ll have the time of your life. The confidence you gain will make you be a better rider, and you will feel good. If you face any problems learning how to stop on a snowboard, don’t be disappointed with yourself; instead, always remember that practice makes you perfect. You can always take help from an instructor if the need arises.